The Clitoris in Art

Abstract
Such as said by Matisse: “Art is the reflection of the soul; all the means employed for expressing it are good: poetry, painting, sculpture, music, etc.…”.

Such as said by Matisse 1: “Art is the reflection of the soul; all the means employed for expressing it, are good: poetry, painting, sculpture, music etc.…”.
Like all the parts of the female body, the vulva has always inspired artists from the most various horizons. But what about the end of the clitoris, the only visible part of the bulbo-clitoral organ? How has it been perceived, understood, described or represented by the artists in the various fields of art2? We will attempt to provide a brief insight while knowing that some of our readers will happily pursue this overview.

17.1.1 The Clitoris and Literature

17.1.1.1 The Clitoris and Anatomical Literature

It is obviously the first observers who provided the most spontaneous and naïve, but sometimes also the most judicious, considerations concerning this organ. For instance, we can quote Aristotle: “Women feel pleasure when they are touched in the same place, where men also feel pleasure” (see Chap. 1).
We can also quote the good advice provided by Ovid in his famous booklet: The art to loving, book II: “When you find a place where a woman likes to be caressed, your sense of decency should not prevent you from caressing it!”.
A few centuries later (sixteenth century), it is the enthusiastic and exalted thoughts of the anatomists, who discovered the clitoris, which marked literature. We will therefore recall the lines (written in Latin) that Realdo Colombo devoted, in his book “De Re Anatomica” (Fig. 1.​3), to the description of what he believed to have discovered and whose translation is provided in the following section: “This protuberance emerges from the uterus, close to the opening, which is called ‘mouth of the matrix’ … is the site female delight … As soon as women are sexually aroused, and not only when this part is vigorously rubbed by a penis, but also as soon as it is touched with a finger, sperms flows therefrom more rapidly than air, due to pleasure, even if they don’t want it…..Therefore, considering that nobody has observed this protuberance and its function, I can name it as I discovered it, and it will be called Amor Veneris”.
This enthusiasm was not shared by all and it is with a certain astonishment that we can read the following text written by Ambroise Paré, an exceptional anatomist and surgeon (he invented arterial ligations and is the founder of modern surgery), in the second book describing his work (written in old French): “Les récents anatomistes, comme Colombus & Fallopius, ont fait mention d’une particule qui est tout en haut des parties honteuses mesme sus le conduit de l’urine….Fallopius luy accomode le nom Grec cleitoris, duquel est dérivé le verbe infâme cleitorizein. Et parce que la dicte partie est fort obcene, ie renvoye le lecteur à Colombus & Fallopius” (“Recent anatomists, such as Colombus & Fallopius, mentioned a particle, which is located right at the top of the shameful parts mesme sus the urinary duct….Fallopius has given it the Greek name cleitoris, from which has been derived the infamous verb cleitorizein. And because the said part is significantly obscene, i.e. the reader is referred to Colombus & Fallopius”). It is to be believed that the author had certain problems in relation to the female sexual organ.
During the seventeenth century, the well-known anatomist, Jean Riolan, physician to Marie de Medicis and Louis XIII, expressed again, in chosen terms, all the magic of the clitoris, in his book “De l’Anthropographie” (“About Anthropography”) written in French: “On tient que c’est en cette partie où l’amour fait la résidence, laquelle chatouillée bien à propos est capable d’en allumer le feu dans les cœurs les plus refroidis” (“It is considered that it is in this part that love takes up residence, which when properly tickled, is capable of lighting fire in the coldest hearts”). However, his contemporary, the wise anatomist, Regnier De Graaf, pointed out in his “Histoire anatomique des parties genitales” (“Anatomical history of the genitals…”) (also in old French): “L’usage du clitoris est de tenir en état la partie honteuse, de l’empêcher de tomber et de réveiller l’appétit amoureux par le sentiment exquis et délicat de son gland qui donne un plaisir si tendre et si charmant aux femmes qu’elles croient avoir bon marché de l’acheter au prix d’une grossesse de neuf mois, d’un accouchement douloureux et souvent mortel et des soins de l’éducation des enfants”. (“The clitoris is to maintain the shameful parts in condition, prevent them from falling and awaken a loving appetite through the exquisite and delicate feeling of its glans, which provides a pleasure so tender and so charming for women, that they believe that it is cheap at the price of a 9 month pregnancy, a painful and often fatal childbirth and all the care involved in child education”).
It was necessary to wait, as we saw in the History chapter (Chap. 1), for the nineteenth century when GL. Kobelt, a German anatomist, finally provided the most accurate and careful description of the external female genitalia in the second part “De l’appareil du sens génital chez la femelle (“From the apparatus in the genital sense in women”) in his remarkable book concerning male and female sexual organs, written in German.
Beyond the woman’s anatomy, Kobelt studied the compared anatomy of the clitoris, observed on animal females and, furthermore, analysed the physiology of human intercourse with interesting considerations on the “hydraulics of the erectile bodies of women…”, the “expulsive contractions of the compressor of the bulb”… the action of the “sexual core”, concepts that have been confirmed by modern studies, based on sophisticated exploration techniques.

17.1.1.2 The Clitoris and General Literature

Extra-medical literature took interest in the clitoris as soon as it was better known thanks to the work of the anatomists. The clitoris therefore appears in libertine texts as from the seventeenth century, for the pleasure of many male readers and a few rare female readers, who managed to access them!
Among the many texts referring to the clitoris, we want to recall, during the eighteenth century in the memoirs of Casanova (“History of my life”), the embarrassment and apprehension of this great seducer when he falls in love with a so-called castrato, with an exceptional voice, the so-called Bellino, who will prove (to the great relief of Casanova, who is viscerally heterosexual) to be in fact, a false-castrato and a true woman, named Theresa, who has a beautiful voice… a woman’s voice, but also a hypertrophic clitoris (undoubtedly hermaphrodite).
The Marquis de Sade, his contemporary, makes significant use of the terminology “clitoris” in his books, especially those describing the busy lives of his heroine, Justine, and then of her sister, Juliette. He positions the clitoris at the top of the “peristyles of virtue”. However, the book includes a certain number of scandalous misfortunes described in elegant terms, which show a remarkable use of the French language.
Between the nineteenth century and twentieth century, erotic literature continued to exist (Les 11000 verges) (e.g. “The 11000 penises” written by G. Apollinaire) but became less popular due to the appearance and development of pornography. The clitoris is increasingly referred to and described, but with a lesser global literary quality, due to the fact that most authors (moreover, generally women) mostly think about the sales of their books in station halls rather than about winning a literary prize.
But what happened during the twenty-first century? Which books mention the clitoris or make it their main topic?

It is really in this art that the clitoris thrives. The clitoris, itself, is poetry as it “expresses softness, pleasure, joy of living and pleasure”. Moreover, the morphology of the glans overhanging the neighbouring labia minora, easily calls for a comparison with various wonders of nature, which poets likes to celebrate: flowers (Fig. 1.​3), berries, jewels, gemstones, and even the facial appendices of certain exotic birds.8 However, poets introduced the term “clitoris” into their books only gradually so that it is especially as from the eighteenth century that we observed the most beautiful parts of anthology with the introduction of this remarkable feminine attribute. It has been given various names: “rosebud, bead of love, crimson bilberry, shining ruby, living coral, pink hermit under an animated hood etc.”. It should also be noted that although the clitoris is the subject of one or two verses of a poem (e.g. in “l’épouseur de famille” (“the Family spouse”) from the collection of libertine poems by Th. Gautier, in “Poésies libres” (“Free poems”) by Guy de Maupassant or in “poèmes à Lou” (“Poems for Lou”) by G. Apollinaire or even in “parallèlement, les amies” (“In parallel, friends”) by P. Verlaine), it is rarely the title and the subject of the entire poem. This shows how precious poems entitled “the clitoris” are, especially as well-known poets have written them. We can especially quote “le clitoris” (“the clitoris”) by P. Louÿs, which is one of the most erotic poems written by this author, in which he refers to this organ as the “pistil chair” (“flesh stigma”), “rubis mystérieux” (“mysterious ruby”) or “bouton de rose” (“rose bud”). We can also refer to three more famous clitorises: “Le clitoris” (“The clitoris”) by G. Apollinaire, that of F. Arrabal and that of H. Cantel, from which we want to quote four verses (the first two and the last), which are particularly beautiful, for the reader’s benefit:

Our twenty-first century also includes numerous unknown poets, who have written poems about the clitoris. We discovered one poem, written by an anonymous author, which we found randomly during our research (Fig. 17.1). 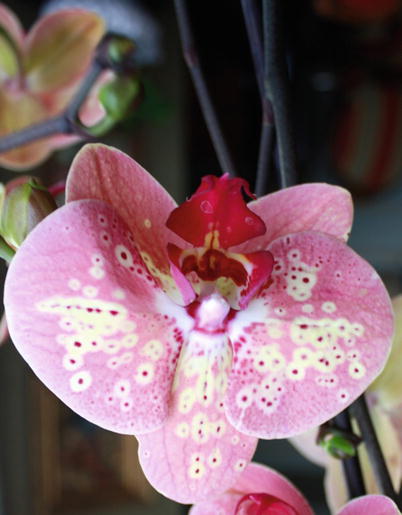 17.1.2 The Clitoris in Painting and Drawing

It is not necessary to specify that the naked female body is, since the beginnings of painting, and in particular of oil painting, one of the favourite subjects of successive artists. However, even if representations of the “hypogastric region”, of the harmonious curves of the mons Venus, of the pubic triangle and of the hips are admirable and numerous, paintings showing a woman lying down with her thighs apart and her perineum exposed are rare.
Only gold members can continue reading. Log In or Register to continue

Tags: Anatomic Study of the Clitoris and the Bulbo-Clitoral Organ
Mar 29, 2017 | Posted by admin in UROLOGY | Comments Off on The Clitoris in Art
Premium Wordpress Themes by UFO Themes
WordPress theme by UFO themes