Cross-sex hormones (17 beta-estradiol and testosterone) can be used to support the development of desired secondary sex characteristics in older adolescents with persisting gender dysphoria.

Treatment of adolescents with hormonal interventions has unique surgical considerations. Medical providers caring for this patient population should familiarize themselves with the surgical options available to adolescents and adults with gender dysphoria.

Gender identity refers to a person’s internal sense of gender (for example, boy, girl; man, woman; or a nonbinary identification such as genderqueer). A transgender person feels discordance between assigned biologic sex at birth and gender identity. Gender dysphoria refers to the discomfort felt as a result of this discordance.1 Gender dysphoria in childhood and gender dysphoria in adolescents and adults are defined separately in the Diagnostic and Statistical Manual of Mental Health Disorders, edition 5 (DSM-5), and in the previous edition was referred to as gender identity disorder.2,3 Children and adolescents are diagnosed with gender dysphoria if they have a significant difference between their experienced and assigned gender that has persisted for at least 6 months and causes significant distress or impairment in functioning. The change in terminology removes the stigmatizing word “disorder” and highlights that the dysphoria can improve with a variety of interventions, including counseling, cross-sex hormones, and gender affirmation surgery (GAS). Although there is an evolving deemphasis on the pathology of gender dysphoria and acceptance of gender identity diversity, transgender adolescents continue to be disproportionately affected by mental health comorbidities, such as anxiety, depression, self-harm, and suicidality.4 The World Professional Association for Transgender Health (WPATH) and the Endocrine Society provide clinical standards of care for treatment of the transgender adolescent.5,6

Children are born into a gendered world, where boys and girls are often dressed differently and encouraged to participate in different types of play, and where men and women may traditionally assume different familial or occupational roles. In addition, stereotypical gender roles and gender behavior vary among different cultures and also change over time. Children 2 to 3 years of age are able to label themselves as boy or girl; by ages 4 to 5, they can understand the stability and lasting nature of gender.7 Gender-specific toy preference emerges as young as 12 months, and children can use gender labels (boy, girl) by 2 years of age.8 As young children begin to develop preferences in play and dress, these behaviors may appear very gender conforming, very gender nonconforming, or somewhere within this spectrum. Some gender nonconforming children may state a desire to be the other gender or express a feeling that they are the other gender, even by 3 years of age.9 Young children with cross-gender identification may become transgender adolescents; however, the evidence suggests that a larger percentage will not be transgender, and that individuals with a cross-gender identity in young childhood that later desists have high rates of identification as gay or lesbian.10,11

Sex hormones, chiefly testosterone and estrogen, are steroids produced by the testes and ovaries that cause a multitude of effects that result in biologic differences between males and females. In fetal life and also in the first 6 to 12 months of postnatal life, there are significant differences in sex hormone levels in male and female fetuses and infants. The absence of testosterone production in fetal life results in normal female genitalia, whereas testosterone produced in the fetal testes is converted to dihydrotestosterone in the genital tissue, resulting in virilization of the external tissues into normal male genitalia.12 Differences in sex hormone levels during fetal life and infancy between the biologic sexes also likely play an important role in sexual differentiation in brain organization. These differences may be an important contributor to group differences in behaviors observed between males and females later in life.13,14

In later childhood, as gender identity begins to manifest, the testes or ovaries have entered a quiescent stage with very little sex hormone production, and therefore there is little difference in the hormonal milieu between prepubertal male and female children (Figs. 14-1 through 14-3). Therefore hormonal intervention is not indicated for prepubertal children. Instead, the child and family can focus on mental health and logistical issues, such as addressing mental health comorbidities (for example, anxiety or depression) and deciding whether to make a social transition to the affirmed gender in young childhood. Although there is consensus that prepubertal children with gender dysphoria should be seen by a mental health professional with gender experience, there is not a consensus among mental health providers with respect to the goals of treatment.15 Some argue that because of the frequency of desistance later in adolescents, the therapeutic goals should focus on reduction in dysphoria through acceptance of the biologic sex.16 Another strategy focuses less on gender identity but rather on emotional, behavioral, and family problems that are co-occurring.17 Finally, affirmative approaches help families to support the child’s identified gender and assist children and families in making a social transition.18 When prepubertal children make a social transition, presenting themselves as their affirmed gender, their ability to “pass” as their affirmed gender is aided by the fact that they have not yet developed secondary sexual characteristics. This process of “passing” is also known as gender attribution, the process an observer undertakes when deciding what gender they believe another person is.15 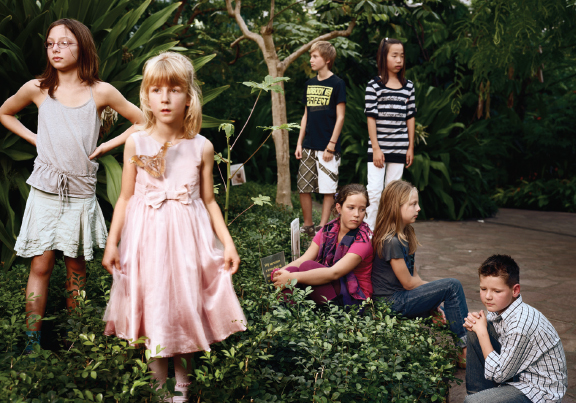 Fig. 14-1 Transgender children, all expressing a gender incongruent with their biologic sex. Before production of sex hormones, children are quite passable as either gender. (Courtesy of Sarah Wong from Inside Out: Portraits of Cross-gender Children, 2011.) 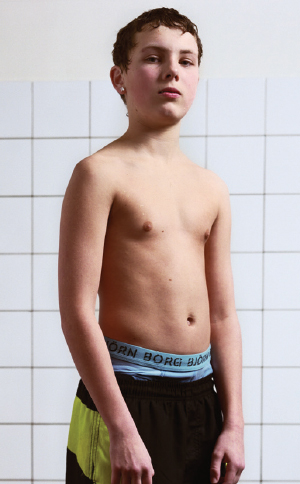 Fig. 14-2 A prepubertal transgender boy. (Courtesy of Sarah Wong from Inside Out: Portraits of Cross-gender Children, 2011.) 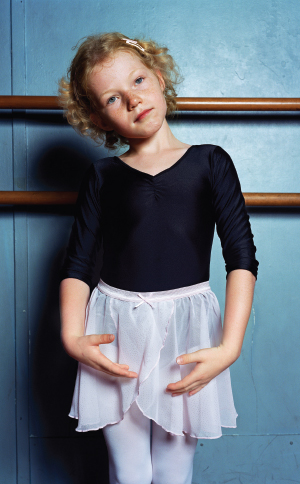 Fig. 14-3 A prepubertal transgender girl. (Courtesy of Sarah Wong from Inside Out: Portraits of Cross-gender Children, 2011.)

Puberty, the life stage characterized by the development of secondary sexual characteristics, begins with the activation of the gonadotropin-releasing hormone (GnRH) pulse generator in the hypothalamus, which results in pulsatile luteinizing hormone (LH) and follicle-stimulating hormone (FSH) production within the anterior pituitary and secretion into the systemic circulation. LH in turn causes the production of testosterone in testicular Leydig cells and androgens in ovarian Theca cells, which are converted to estrogen within the ovary (Fig. 14-4). FSH causes germ cell maturation and testicular enlargement in males and the growth and recruitment of ovarian follicles in females.19,20 In males, testosterone and dihydrotestosterone cause the development of male secondary sexual characteristics and musculoskeletal changes, such as enlargement of the phallus, enlargement of the laryngeal prominence and deepening of the voice, development of facial hair, an increase in lean muscle relative to fat, widening of the shoulders, and masculinization of the facial bones and jaw. Testosterone production during puberty also causes accelerated growth within skeletal growth plates, the effect of which results in taller stature among men compared with women. In females, estrogen production causes the development of glandular breast tissue. This is followed by maturation of the vulva and vaginal epithelium, proliferation of the uterine lining with subsequent menstruation, distribution of body fat to the hips and buttocks, and skeletal growth, followed by closure of epiphyseal growth plates.21 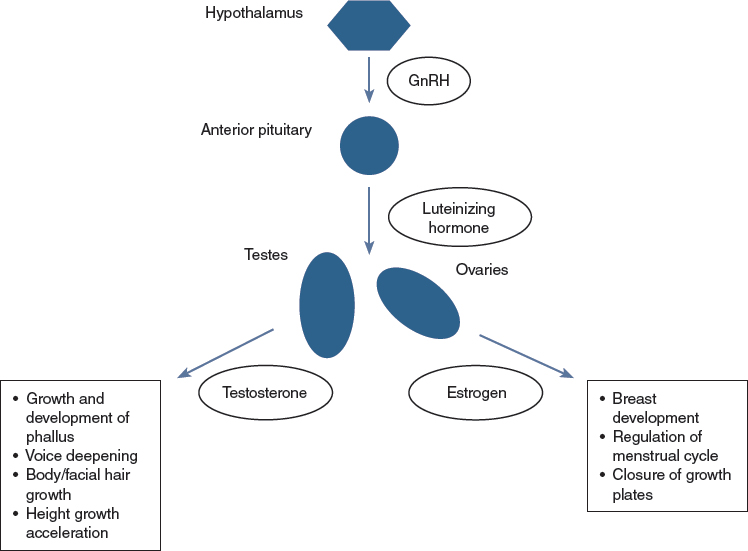 The hallmark physical examination finding heralding the start of central puberty in males is testicular enlargement and in females development of breast buds. These early findings define testicular and breast sexual maturity rating (Tanner stage) 2. Pubic hair development, which may develop before central puberty as a result of adrenal androgen production, is not a reliable marker of activation of the hypothalamic-pituitary-gonadal axis.22,23 The average timing of pubertal initiation has historically been age 10 to 11 years in females and age 11 to 12 years in males, with precocious puberty defined as initiation before age 8 years in females and age 9 years in males; however, new evidence suggests that normal central puberty may occur in the absence of pathology at ages younger than previous estimates.24 Peak height velocity occurs about 2½ years after the start of pubertal growth acceleration.25 In males, characteristics that significantly affect gender attribution, such as facial hair development, completion of voice change, and masculinization of facial bones, occur later compared with genital development. The lateness of these changes within normal male puberty provides an incentive for pubertal suppression in transgender males who present in late puberty. In females, breast development typically progresses from sexual maturity rating 2 to 5 (fully developed) within 4 to 5 years, and menses typically begins 2 to 2½ years after breast budding.21

Both WPATH and the Endocrine Society standards of care suggest that the diagnosis of gender dysphoria should be made by a mental health professional before consideration of hormonal intervention.5,6 Some pediatric centers perform mental health evaluations as part of a multidisciplinary gender team, emphasizing the role of mental health assessment and support in concert with medical treatment.26 The goals of hormonal treatment include prevention of the development or progression of unwanted secondary sex characteristics of the biologic sex and the induction of desired secondary sex characteristics of the affirmed gender. Broader goals of treatment include a reduction in dysphoric feelings, enhanced ability to “pass” as the affirmed gender, resulting in improved integration into society, and reduction in comorbid mental health outcomes such as anxiety, depression, and suicidality. Long-term outcome data from the Dutch group suggest improvement in psychological function in carefully selected adolescents treated with pubertal suppression followed by cross-sex hormones and a multidisciplinary team throughout treatment.27,28

The management sequence of treating early pubertal children with GnRH agonist medication to suppress puberty, followed by cross-sex hormones later in adolescence (Fig. 14-5), was first described by Cohen-Kettenis and colleagues29,30 at the Vrije University Medical Center in Amsterdam. Pubertal suppression allows a transgender child in early puberty the time to explore his or her gender identity without the continued influence of sex hormones, which can cause dysphoria and permanent changes to the body. Not only can puberty suppression reduce dysphoria, it can result in enhanced gender attribution later in adolescence and adulthood. It also can obviate the need for future surgical interventions. For females, if pubertal suppression is initiated at pubertal stage 2 breast development, masculinizing chest reconstruction may be avoided. If suppression occurs later but before full breast development with an inframammary fold, a less invasive chest surgery (for example, through an areolar incision rather than an inframammary incision) may be successful. For males, pubertal suppression before development of facial hair, voice deepening, and facial and skeletal masculinization can dramatically enhance gender attribution. The need for such interventions as facial and chest electrolysis, vocal cord surgery or voice therapy, and facial feminization surgery can be eliminated. In addition, blunting of the testosteronedependent growth acceleration with pubertal suppression in males can mitigate tall stature in transgender women.